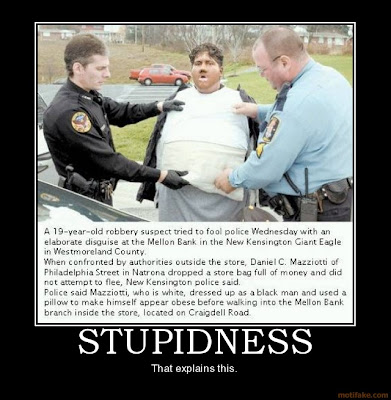 Are they so high that they are this stupid?


Man offers to show officer he's not carrying drugs; bag of cocaine falls out of his pocket

FORT WALTON BEACH - A man who pulled out his pants pockets to show a Fort Walton Beach Police officer he wasn't carrying drugs didn't count on a plastic bag of cocaine falling to the ground.

On July 15 an officer was called to the Rancho Alegre bar on Hollywood Boulevard by employees who had escorted a suspected drug dealer off the premises.  The man, Herminio Hurtado-Resendiz, 24, of Destin, told the officer he wasn't selling drugs and voluntarily pulled out his pants pockets.

The police officer spotted a small plastic bag fall out of Resendiz's right-front pocket and land on the ground. The bag was full of a white, powdery substance that field-tested positive for cocaine.