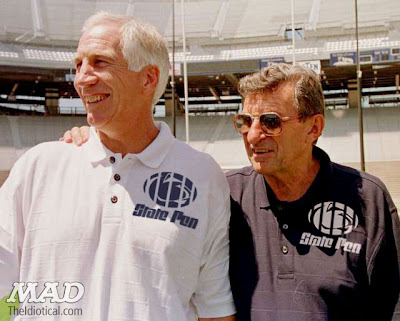 I would expect the end of the football program at a minimum.

I don't see how the NCAA would demand or expect anything less as a result of the investigation into the sex scandal and cover-up.

(CBS News) CBS News has learned that the NCAA will announce what a high-ranking association source called "unprecedented" penalties against both the Penn State University football team and the school.

"I've never seen anything like it," the source told correspondent Armen Keteyian.

NCAA President Mark Emmert will make the announcement Monday morning at 9 a.m. at the organization's headquarters in Indianapolis.