The Revenge of the Bears 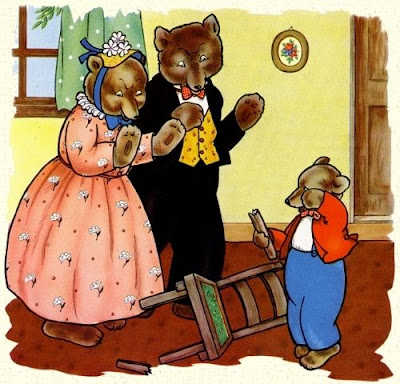 The Bears have finally expunged their long-held shame stemming from the infamous Goldilocks and the Three Bears incident of Medieval times.

They have restored their sense of honor and their porridge is now just right!

BEARSVILLE, N.Y. (AP) — The upstate New York hamlet of Bearsville is living up to its name.

The Times-Herald Record of Middletown reports that a mother bear and her cubs trashed a family's home in Bearsville several times earlier this month.

The Knowles family arrived at their home on July 13 to find that their kitchen had been ransacked by bears. They later went out for dinner, and upon returning they found the house trashed all over again.