The trail of crumbs 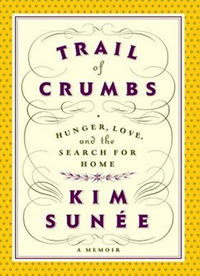 Next time wait to get home before you dig in!

Investigators say Sickles broke a glass door before trying to open the cash register. They say he made off with nine bags of chips after he couldn't get to the cash.
Officers say they followed a trail of chip bags to Sickles, who had a bloody hand and foot when he was taken into custody.

Sickles is being held at the Washington County Prison on $30,000 bail. Online court records don't list an attorney for him.