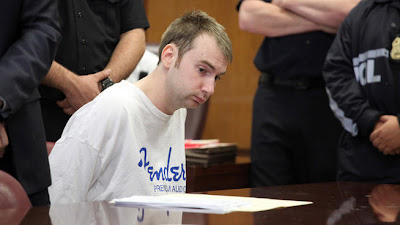 He is not going to do well in prison, being a former police officer.


An NYPD officer has been arrested in connection with a months-long firearms trafficking investigation after he allegedly stole guns from his precinct to be sold on the street and arranged drug buys while on duty, authorities said.

Nicholas Mina was arrested late Thursday and charged with conspiracy, grand larceny and sale of a firearm, among other crimes.  Information on an attorney wasn't immediately available. He and four co-conspirators who were also arrested were scheduled to be arraigned Friday.

Authorities say the group allegedly trafficked at least 10 guns over a two-month period. The alleged ringleader of the group, Ivan Chavez, is accused of procuring firearms from various sources and removing serial numbers before selling them, prosecutors said.