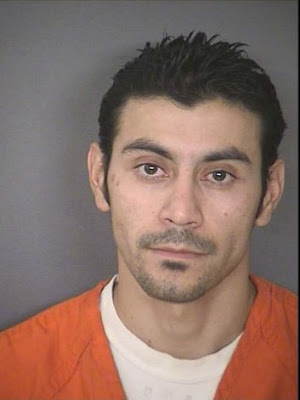 That Judge Tessa Herr let the now-convicted child sex abuser go home after the jury found him guilty and he was facing 25-99 years or life in prison was not only stupid and irresponsible but was also absolutely reprehensible.

It is also incomprehensible that Catherine Babbit didn't ask that he be taken into custody.

Oh well, lock your doors and hide your children.

Rapist gets life - but he's missing
By Craig Kapitan - Express-News

It took jurors less than 15 minutes Tuesday to decide that Anselmo Rodriguez should serve life in prison without parole for the repeated rapes of two young girls, including a 5-year-old who developed genital warts.

Now authorities just have to find him.

As his sentencing hearing began Tuesday with an empty chair at the defense table, jurors in 186th state District Court were told Rodriguez, 31, cut off his GPS ankle monitor the night before and hadn't been seen since.

A jury deliberated about 30 minutes before finding him guilty of continuous sexual abuse of a child, which carries a minimum sentence of 25 years in prison, at about 4:45 p.m. Monday.