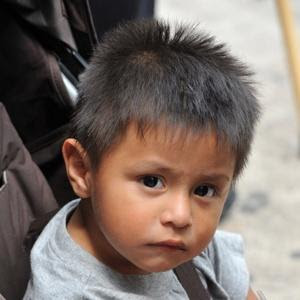 Mugging a 3-year old in his stroller?

That's pretty reprehensible even for a mugger.

A cruel thug ripped a $400 gold chain off the neck of a 3-year-old boy who was sitting in his stroller and being pushed by his mom in Bedford-Stuyvesant in Brooklyn on Tuesday, law-enforcement sources said.

The crook and an accomplice attacked tot Harvey Hernandez in the lobby of his family’s Malcolm X Boulevard apartment building at 11:45 p.m. after following him, his teenage brother and mom Riyana Guerrero home from a Laundromat.