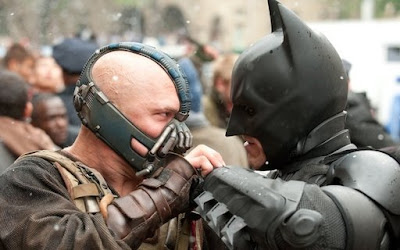 Obviously this a breaking story and the media will spend days trying to suss this all out.

A lone gunman dressed in riot gear burst into a movie theater in Aurora, Colo., at a midnight showing of the Batman film "The Dark Knight Rises" and methodically began shooting patrons, killing at least 12 people and injuring at least 50.

The suspect, James Holmes, 24, of Aurora, was caught by police in the parking lot of the Century 16 Movie Theaters, nine miles outside Denver, after police began receiving dozens of 911 calls at 12:39 a.m. MT. Police said the man appeared to have acted alone.

Witnesses in the movie theater said Holmes crashed into the auditorium through an emergency exit about 30 minutes into the film, set off a smoke bomb, and began shooting. Holmes stalked the aisles of the theater, shooting people at random, as panicked movie-watchers in the packed auditorium tried to escape, witnesses said.