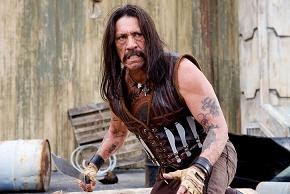 I guess there ain't any when it comes to drugs.

A man in his 30s was taken to University Hospital on Saturday with possibly life-threatening injuries from a machete attack, and police said they believe his brother is responsible.

Lt. Lee Rakun said the men, who share a home in the 100 block of Henry Street on the West Side, got into an argument over drugs, possibly crack cocaine or methamphetamine, when the older brother grabbed a machete and cut the victim several times across the abdomen and legs.

The attack happened about 6 p.m. and police said the older brother, in his 40s, ran from the scene. He was captured a short time later a few miles away, near Woodlawn Avenue and Zarzamora Street. Police said he probably will face charges of aggravated assault with a deadly weapon.