How to go from to bad to worse in a flash 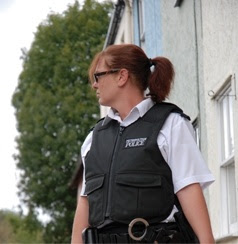 A female police officer was assaulted Saturday during a traffic stop at the 300 block of San Pedro Ave, police said.

Juan Jose del Toro, 22, is accused of attacking the officer after she stopped him around 2:30 a.m. for an outstanding warrant.

Police would not explain the nature of the attack. The officer was not harmed and remains on “active call