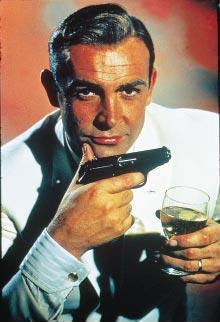 A man arrested four months ago on suspicion of DWI after crashing into a utility pole and causing an outage is in trouble again.

James Bond, 40, was arrested Wednesday on suspicion that he caused two early-morning crashes while driving drunk on the West Side.

Police said a Honda Civic was seen speeding in the 1100 block of Old Highway 90 near 42nd Street just after midnight before rear-ending another vehicle, injuring three occupants.