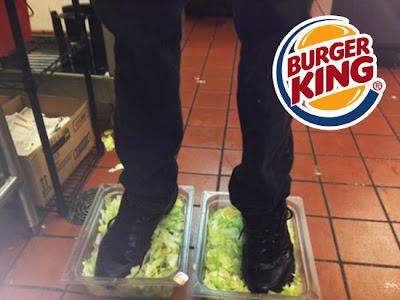 Why the hell would they do this?

The hamburger chain's statements to Ohio news outlets didn't directly confirm reports that the picture was taken at a restaurant in the Cleveland suburb of Mayfield Heights.