Being mayor is the cat's meow! 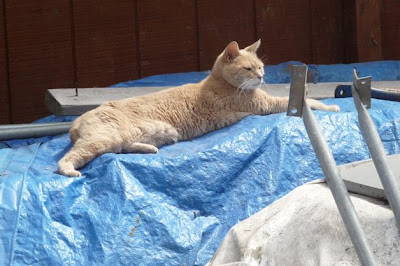 I don't know if this is ridiculous or not.

He certainly couldn't do worse than a lot of human Mayors, now could he?

And he'd be pure-D hell on any town rats.

TALKEETNA, Alaska (AP) — The mayor of a sleepy Alaska town is feline fine.

The part-Manx cat clawed his way onto the political scene of Talkeetna, Alaska, through a write-in campaign shortly after he was born 15 years ago.

KTUU-TV reported Friday that residents didn't like the mayoral candidates years ago, so they encouraged enough people to elect Stubbs as a write-in candidate. The town has nearly 900 residents.