Bad day for the driver and others 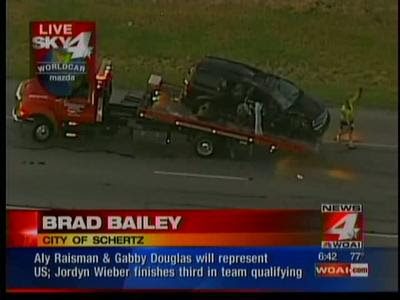 The news this morning said a wrong-way driver traveling south in the north-bound lanes of I-35 struck a car with a family of five in in it.

The family of five were reportedly not injured.


The northbound lanes of Interstate 35 near Schwab Road have been closed because of a reported triple-fatal wreck.

Traffic is being diverted onto the access road. As the morning drive hour has progressed, congestion in the area has grown.

An Express-News team is en route to the scene.