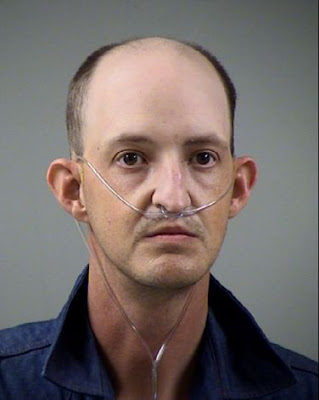 I think he needs some serious shrink time.

Yeah ok it may of been mean of me to post the headline I did but really, 20 years later you can't let go?

Twenty years after he claims to have been bullied in high school, a man allegedly threatened vengeance on his classmates on his high school reunion's Facebook page, officials said.

Jason Carroll Moss, 38, was released on a personal recognizance bond early Saturday, hours after he was charged with harassment.

Moss is accused of posting a harassing message on the social network page for the John Marshall High School Class of 1992 Reunion, which was held this weekend.