The guy was apparently freaky 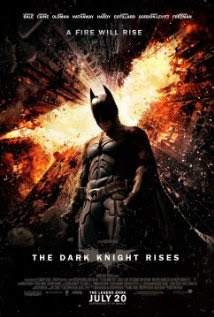 Why am I not surprised?

The apartment of the suspect in the Colorado theater rampage was decorated with Batman items and crisscrossed with waist-high trip wires attached to more than 30 improvised grenades strewn across the living room floor, a law enforcement official close to the case said Sunday.

Nearby were 10 gallons of gasoline “to enhance the thermal effect.” The suspect, James Holmes, 24, is accused of opening fire at a midnight showing of the latest Batman movie,"The Dark Knight Rises." Twelve people were killed in the attack; 58 were injured.

Investigators who served search warrants Saturday at Holmes' 850-square-foot, third-floor apartment in a rundown section of Aurora “found a Batman poster on a wall, a Batman mask and other Batman paraphernalia,” according to the official, who has not been identified because of the sensitivity of the case.