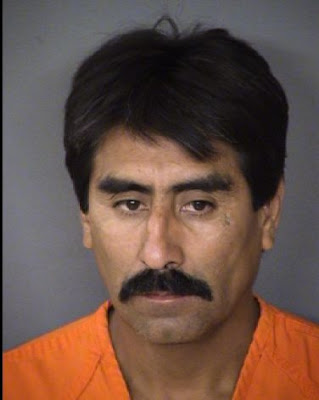 A man wanted since 2008 in connection with the stabbing and killing of another man during a get-together was booked into the Bexar County jail Monday on a murder charge after being extradited from Willacy County.

Jose Premitivo Marques, 42, is accused of killing Rafael Tovar, 33, on Dec. 1, 2007, when the two got into a fight, said First Assistant District Attorney Cliff Herberg.

A man walking to the bus found Tovar's body lying in the front yard of a home in the 100 block of Unity Court, a police report said. The handle of a knife was found in the street where Tovar was believed to be stabbed before being dragged to the yard, the report said.