This won't help his Dad 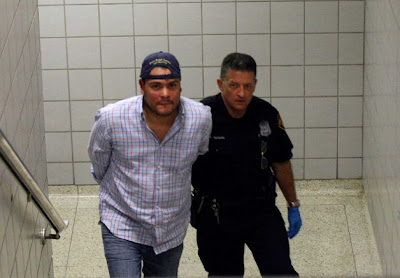 I guess it all runs in the family.

The son of an accused money launderer on the Zetas cartel hit list was arrested Tuesday following a standoff with San Antonio police, after allegedly breaking into a Stone Oak home to assault his father's girlfriend.

The brazen incident in one of the city's affluent neighborhoods indicates a spillover of drug-cartel violence in Mexico making its way to San Antonio, a destination that authorities say has become a favorite of money launderers for the cartels.

Police said Antonio Peña Jr., 27, and two other men with him forced their way into a home in the gated Champions Ridge subdivision because they believed the woman was responsible for Peña's father, Antonio Peña Arguelles, 56, landing in jail.