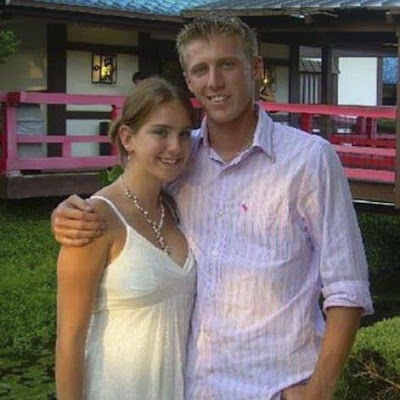 Rest in Peace Jessica Ghawi and best wishes for a speedy recovery to Brent Lowak, our thoughts and prayers are with you, the other victims and your families and loved ones.

Jessica Ghawi had avoided mayhem at a Toronto mall only to be one of a dozen movie-goers in a Denver suburb to be killed Friday as a gunman terrorized the opening of the latest Batman movie. In a chilling blog post, the former San Antonian wrote that she credited a “feeling” for saving her life during the mall shooting.

“An odd feeling which led me to go outside and unknowingly out of harm’s way,” Ghawi wrote just three days after the June 2 shooting at the Eaton Centre Mall food court that left two people dead.

“It’s hard for me to wrap my mind around how a weird feeling saved me from being in the middle of a deadly shooting,”