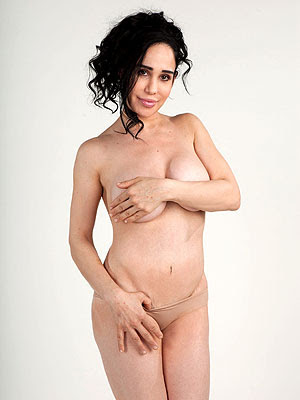 I wouldn't pay to go there to see her.

But I understand her motivation; she's got a bunch of kids to feed.

WEST PALM BEACH, Florida (AP) — The woman known as "Octomom" is facing a lawsuit after backing out of a deal to strip at a Florida club.

T's Lounge in West Palm Beach has sued Nadya Suleman, who had agreed to dance topless in eight shows that were to begin Wednesday. The club is seeking an emergency injunction to keep her from appearing at a competing club.

Suleman has been summoned to appear in court, but no hearing has yet been set. It is unclear whether the matter will be resolved before she's set to take the stage at The Playhouse Gentleman's Club in Hollywood on Friday.