In this situation being in first place is a dubious honor 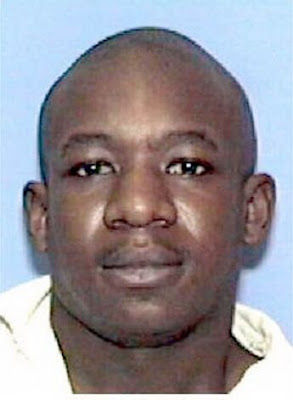 Congratulations on being the first in Texas.

HUNTSVILLE, Texas (AP) — A Texas man convicted of carjacking and fatally shooting a stockbroker was put to death Wednesday, becoming the first prisoner in the nation's most active capital punishment state to be executed under a procedure using one lethal drug instead of three.

Texas Department of Criminal Justice officials announced last week they were modifying the three-drug injection method used since 1982 because the state's supply of one of the drugs — the muscle relaxant pancuronium bromide — has expired. Yokamon Hearn, 33, was executed using a single dose of the sedative pentobarbital, which had been part of the three-drug mixture since last year.

Ohio, Arizona, Idaho and Washington have already adopted a single-drug procedure, and this week Georgia said it would do so, too.