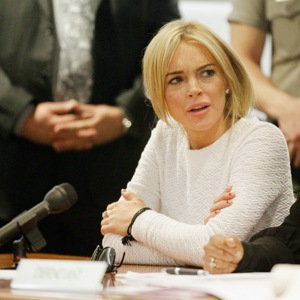 Prosecutors are reportedly "insisting" that any plea bargain for troubled actress Lindsay Lohan include some jail time, it was reported today.

LA's deputy DA Danette Meyers and Lohan's lawyer Shawn Chapman Holley are attempting to work out a deal without jail time, but sources close to the talks told RadarOnline.com that it's "simply not going to happen."

The DA likely wants Lohan to serve at least 60 days behind bars -- time that would not be served in state prison.

"Lindsay would be put on felony probation, and under those terms, Lindsay can be sentenced to up to one year in LA County Jail," the source said. "With jail overcrowding, Lindsay would only serve 25 percent of the sentence."