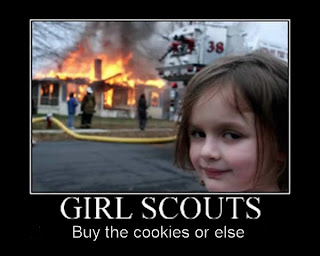 VILLA RICA, Ga. (AP) — A Girl Scout leader says young members of her troop thought they were headed to jail when a Georgia police officer told them to quit selling cookies.

The girls had set up a stand at a strip mall in Villa Rica about 30 miles west of Atlanta on Wednesday when the officer asked them if they had a peddler's permit. They didn't.

Troop Leader Kathy Crook told WXIA-TV in Atlanta that she was stunned. She says the scouts were told to pack it up.