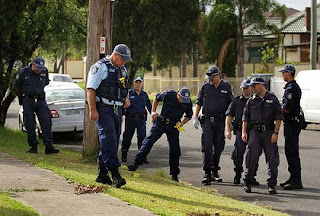 Not really, its in Australia.

But apparently its quite the family.

A MEETING in a Sydney street arranged to settle a dispute between two groups of men has led to another shooting linked to the Ibrahim family.

A group of five men - including John and Sam Ibrahim's nephew, Hassan ''Sam'' Sayour, and their cousin, Gehad Hamid - were asked to meet three other men just before 8.30pm on Sunday in The Promenade, Old Guildford.

After a short conversation between the two groups, one of the men in the trio pulled out a .22 calibre pistol and fired eight shots at the five men.