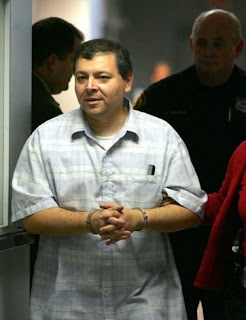 So another child came forward to testify he was molested by the ex-principal when he was the vice-principal at another school.

That won't look to good to a jury and should put the kibosh on him getting probation.

Within days of Michael Alcoser's arrest three years ago for child molestation, a second student came forward and said he also had been touched inappropriately by the school official, jurors learned Tuesday as the punishment phase of his trial began.

Like the first boy, whose outcry has resulted in convictions for aggravated sexual assault and indecency with a child, the second boy said he frequently was sent to Alcoser's office for disrupting class at Price Elementary.

Alcoser, then a vice principal, closed the door and touched him inappropriately roughly eight times when he was in first and second grades, he said. The touching stopped in third grade, when Alcoser was transferred to serve as principal at Carrillo Elementary, he said.