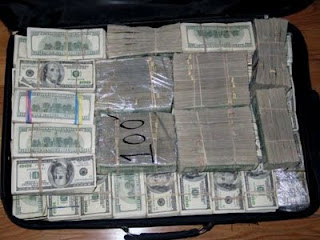 Man, you just got to declare it when you are carrying more than $10,000 in cash when you leave or enter the US.


Sure.  Y'all are thinking its drug money but maybe it was money they won in the lottery?

BROWNSVILLE — Three women from Georgia are under investigation after being caught with $1.5 million in cash in luggage they carried on a bus bound for Mexico.

The seizure occurred Wednesday during an outbound inspection at the Hidalgo/Reynosa International Bridge.