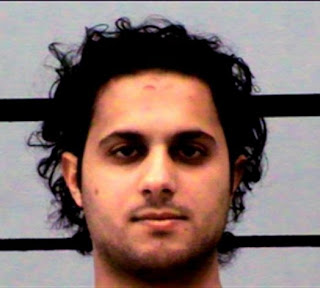 Jeeze!!  In Texas Tech of all places.

I guess the surrounding countryside reminded him of home.

LUBBOCK, Texas (AP) — Moved by 9/11 and speeches by Osama bin Laden, Khalid Ali-M Aldawsari for years had secretly planned to launch a terrorist attack in the U.S., prosecutors allege.

In his journal, the college student from Saudi Arabia who studied chemical engineering in Texas described a plan to travel to New York City, place bombs in several rental cars for remote detonation and leave the vehicles in different places during rush hour, according to court documents released Thursday.

"After mastering the English language, learning how to build explosives and continuous planning to target the infidel Americans, it is time for jihad," or holy war, Aldawsari wrote in the journal, according to the documents filed by prosecutors.