Pathetic in a way isn't it? 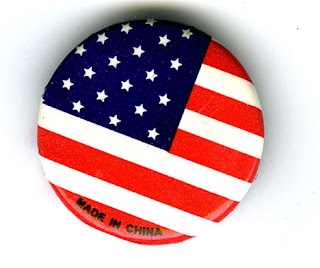 What we can't even make our own historic baubles anymore?

At Smithsonian, Americana 'Made in China'
World News' Found Many Patriotic Products Aren't Actually Made in the USA
By JONATHAN KARL and MATTHEW JAFFE - ABC News

Tens of millions flock to the Smithsonian museums in Washington each year to see Americana -- everything from Abraham Lincoln's top hat to Archie Bunker's chair.

But one thing you'll have a hard time finding is something American in the gift shop.

Take the miniature sculptures of presidents sold at the National Museum of American History, located right on the Mall in the nation's capital.

From the busts of George Washington to Barack Obama, they were made in China.

Last month Sen. Bernie Sanders, I-VT, was so outraged by the situation that he fired off a letter demanding that the museum sell products made in the USA.