Didn't get past the reasonable doubt hurdle 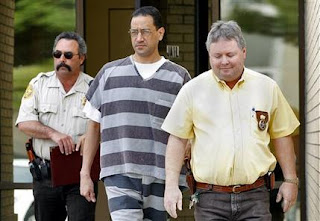 It looks like the Texas AG's office couldn't scale the BARD (beyond a reasonable doubt) hurdle.


John Paul Hernandez is acquitted of the charges and is now eligible to have his records expunged.  I am sure he feels an inordinate amount of relief today.

LUBBOCK, Texas (AP) — A former principal of a West Texas juvenile prison who was accused of sexually abusing inmates in darkened classrooms, closets and storage rooms was acquitted Monday.

Jurors deliberated for about six hours before returning the not guilty verdicts on the 14 counts against John Paul Hernandez, who had testified that inmates had lied when they told investigators he sexually assaulted them. He had faced up to 20 years in prison on the case's most serious offenses — sexual assault and improper relationship between educator and student — which are second-degree felonies.

Hernandez was accused of sexually abusing the young men in 2004 and 2005 at the West Texas State School in Pyote.