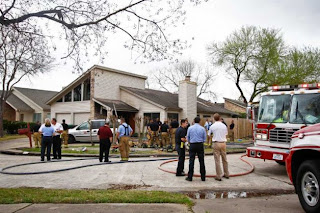 Did she have a permit and license?

Day-care operator will be charged with at least 1 felony
Houston fire that started when she allegedly was not at center killed four.
By Zain Shauk - Houston Chronicle

HOUSTON — A 22-year-old woman will face at least one felony charge after a fire at her west Houston day-care center last week claimed the lives of four toddlers and injured three others.

“We have requested that she be held at no bond,” said Donna Hawkins, spokeswoman for the Harris County District attorney's office.