Repent! The end is near?? 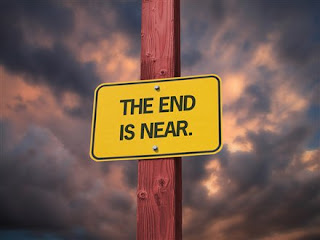 I'm waiting for Al Gore or someone like him to come running forward to say its due to "Global Warming!!!"

By SARAH EDDINGTON, Associated Press
LITTLE ROCK, Ark. – Jim Sutterfield was briefly puzzled by a thumping sound that seemed to slam the back of his office chair. But when the small-town Arkansas fire chief turned and saw no one was around, he quickly realized it was just an earthquake — again.

"That was only my second time to feel one, but others here have felt them for three or four months now," Greenbrier chief Jim Sutterfield said after feeling the latest tremor on Wednesday. "Now when it happens, people say, 'Well, there's another one.'"

Several small earthquakes ranging in magnitude from 1.8 to 3.8 have rattled the north-central Arkansas cities of Greenbrier and Guy this week, and the cause is unknown.