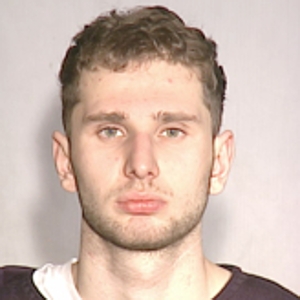 Apparently this fellow is still on the loose.

If you see him call the authorities he is armed and dangerous.

A deranged Brooklyn man who stabbed his stepfather to death this morning then went on a killing spree, butchering his girlfriend and her mother before gravely wounding two others in his wild escape, police sources said.

Early this morning, Maksim Gelman, 23, repeatedly stabbed Alexsandr Kuznetsov, 54, after a heated argument in his Sheepshead Bay home, police said. The body was discovered about 5 a.m.
Gelman fled the scene in a gray 2004 Lexus ES 330.

He then resurfaced around 4 p.m. when he showed up at his girlfriend's house at 2466 E. 24th St. Gelman allegedly stabbed to death the woman, 21, and her mother, 50, before running outside and carjacking a 1995 Pontiac Bonneville, knifing the driver.