Uhhh... we're from the government and we're here to help? 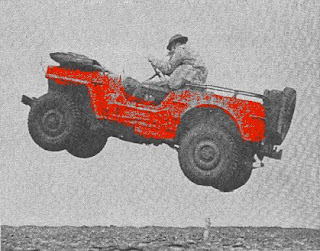 "I'm from the Census Bureau"?

That's the best he could come up with?

GUADALUPE COUNTY - With a neighbor's help, a homeowner was able to fight back against a pair of burglars.

A little after noon on Friday, deputies were called the 1300 block of Engel Road for a burglary in progress, said Guadalupe County Sheriff's Lt. Tony Slaughter.

"It was reported that a neighbor called the resident and told him there were people on his property," he said.

"When he arrived he noticed a red Jeep in his driveway with a female passenger asleep inside. He then notice a male subject exit his RV," Slaughter said.

The homeowner told deputies that the trespassers had a rather unbelievable excuse.

"When he confronted the subject, the subject said he was from the Census bureau," Slaughter said. "The subject then got into the Jeep and fled."