Damn! I coulda been an Einstein 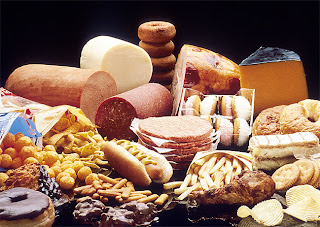 AFP - Toddlers who have a diet high in processed foods may have a slightly lower IQ in later life, according to a British study described as the biggest research of its kind.

The conclusion, published on Monday, comes from a long-term investigation into 14,000 people born in western England in 1991 and 1992 whose health and well-being were monitored at the ages of three, four, seven and eight and a half.

Parents of the children were asked to fill out questionnaires that, among other things, detailed the kind of food and drink their children consumed.

Three dietary patterns emerged: one was high in processed fats and sugar; then there was a "traditional" diet high in meat and vegetables; and finally a "health-conscious" diet with lots of salad, fruit and vegetables, pasta and rice.

When the children were eight and a half, their IQ was measured using a standard tool called the Wechsler Intelligence Scale.

Of the 4,000 children for which there were complete data, there was a significant difference in IQ among those who had had the "processed" as opposed to the "health-conscious" diets in early childhood.

"It's a very small difference, it's not a vast difference," said one of the authors, Pauline Emmett of the School of Social and Community Medicine at the University of Bristol.