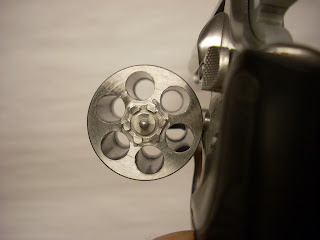 They're lucky they weren't killed on the spot.

Two men Thursday used an unloaded revolver to try to rob a Northland gun store, even though the clerk wore a shoulder holster with a semiautomatic handgun in plain view.

Not surprisingly, the holdup failed miserably. In fact, the robbers lost $40.

They could have lost more, said the 65-year-old clerk, who didn’t want his name published.