Left with no forwarding address? 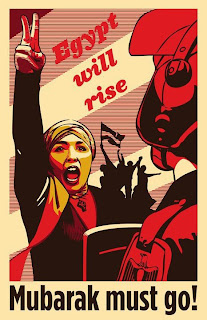 Somebody wake up President Obama with the 3 a.m. call.

CAIRO: Al Arabiya television reported on Friday that President Hosni Mubarak and his family had left Cairo to an unknown destination from a military airbase in the suburbs. It did not give a source.

A senior military source contacted by Reuters declined to comment on the report. Al Arabiya had initially reported "news" that Mubarak and his family had left Egypt.
Posted by Sam at 7:04 AM