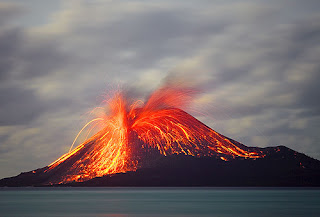 “It's not a murder and we're glad that it's not,” he said, describing his client as a quiet person by nature who “exploded like the volcano Vesuvius” under the pressure of jealousy. “You think a person is cheating — whether it's true or not, you think it is — and you just can't control it.”

Statements like this are sure won't encourage a jury to give your client probation.


Jurors issued a 45-year prison sentence Thursday to a newlywed who prosecutors said was motivated by jealousy to stab his wife until his steak knife broke, then tried to suffocate her with a pillow.

Rosa Elia Hernandez, 60, who survived the approximately 15 stab wounds last March to testify against Jesus Cruz by running from their West Side residence after she heard him in the kitchen sharpening a new knife, she said.

Cruz, 34, began his two-day trial by pleading guilty to aggravated assault against a family member causing serious bodily injury. He faced up to life in prison, but because he had no prior felony convictions he also was eligible for probation.