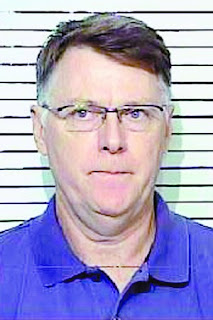 The jury returned a verdict yesterday sentencing Mark Clark, a local attorney, to 7 years in prison for the offense of attempted sexual performance of a child.

I feel badly for the all of the victims' families and as well for Mr. Clark's family.

I hope all can put this behind them.

Found guilty last week of attempted sexual performance of a 12-year-old girl in June 2010, Clark could have gotten 20 years for the offense.