They always get their man 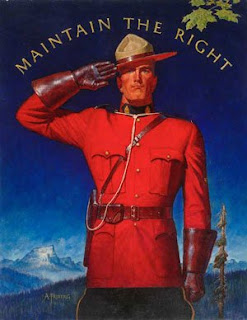 Or in this case men.

Since it, most likely, took more than one.

Thieves steal 700-pound safe with nothing in it
Two thieves broke into a Canadian mans house and stole a safe weighing in at 700 pounds. It was all for nothing because the safe was empty.
103.5 Super X -

NANAIMO, British Columbia, (UPI) -- At least two thieves went to a lot of trouble for nothing when they stole a 700-pound safe whose Vancouver Island owner says was empty.

They took a laptop computer and a memory stick, along with the dark green safe from the 1950s, The (Victoria) Times-Colonist reported.

Owner Russell Inglis told the newspaper it must have been quite a chore maneuvering the wheeled safe through the back shop crowded with wood and cabinets to the loading door.

Inglis said he bought the safe 12 years ago, but the combination didn't work and he kept it as a retro decoration.

The Mounties were investigating and said they were certain a single person couldn't have managed the theft.
Posted by Sam at 7:55 AM