Queen of all legal battles - Round I 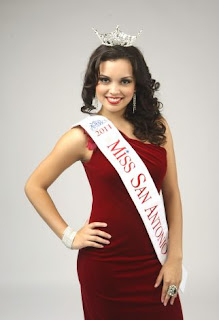 There will be no "winners" here only losers by the time the legal wrangling and battle is done.

The organization that runs the Miss San Antonio pageant on Wednesday counter-sued the queen it was trying to oust, Domonique Ramirez, as a judge put off ruling whether she should keep her crown.

The counterclaim filed by the Miss Bexar County Organization Inc. accuses Ramirez and her mother, Lorena Briseño, of breach of contract. It said the organization suffered damage to its reputation, loss of income from sponsors and “diminution” of the value of the Miss San Antonio franchise.

“We feel there are some damages that have occurred,” said Ben Wallis Jr., the organization's lawyer.