Getting the one-armed man 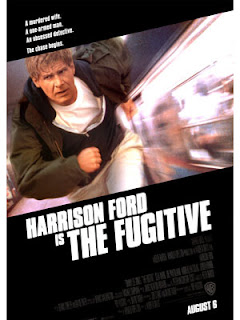 So the one-armed man apparently did do it.

Okay, okay,  allegedly did it.

ORLANDO, Fla. - Monday's holdup of the Fairwinds Credit Union was fairly routine until the suspect's arm popped off, according to the Orange County Sheriff's Office.

Caught walking out of the bank in east Orlando, Matthew Meguiar struggled briefly and gave Deputy Christopher Thomas one of the surprises of his career.

"The suspect's arm came off during this arrest," said sheriff's spokesman Jeff Williamson.

After handcuffing Meguiar, 26, as well as they could, deputies placed the prosthesis on the roof of a patrol car while they questioned witnesses about the attempted robbery, according to Williamson and arrest records.

A teller told deputies that Meguiar walked into the lobby about 1:45 p.m. and handed him a note, "This is a robbery, bills in bag." The teller recognized Meguiar as a regular customer, a report states.

After filling a bag with cash, teller Marc Nguyen tried to push it through a slot in the teller's cage. Upon being told it was too big to slide through the slot, Meguiar "turned around and walked out the door" without the cash, the report states.

Another teller, Irene Lopez, told deputies she recognized Meguiar from high school years earlier and that he also lived in her apartment complex a half-mile from the credit union, the report states.

A surveillance camera in the lobby showed a man identified by tellers and other witnesses as Meguiar, the man they saw try to hold up the business, the report states.

The suspect's mother, who was not identified, told investigators that her son had been diagnosed as severely depressed and that he suffered from psychotic episodes. When arrested, Meguiar was sweating profusely, very pale and refused to tell deputies or a physician at the Orange County Jail if he had ingested any prescription or illegal drugs, the report states.

Meguiar remained held without bail Tuesday on a charge of attempted robbery.
Posted by Sam at 7:49 AM