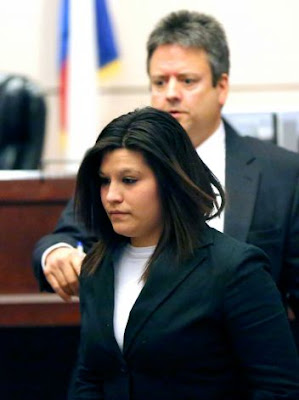 She's looking at up to 20 years in prison.

With jurors waiting in an adjoining room and testimony for her trial about to begin, Janie Altamirano, 25, decided at the last minute Wednesday to plead no contest to contributing to the death of her severely abused 3-year-old son.

Prosecutors were prepared to show jurors graphic autopsy photos of Ethan, who at the time of his death in December 2010 had bruises on his back, arms, face and penis, as well as a bite mark on his arm.

He died of an infection of the abdomen that occurred after he was struck with enough force that his internal organs hit his spinal column, an autopsy report states.