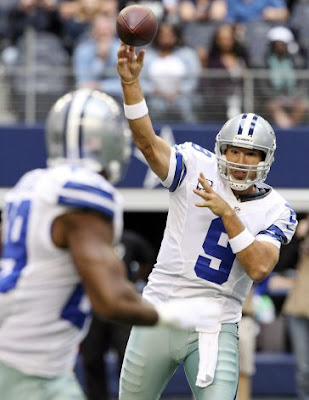 You think its about time now?

Well, it is about time now.

Your knee-jerk reaction will be to fire Jason Garrett as Head Coach.

Start by getting someone to replace Romo as QB. (Threw 19 picks this year tied for first in NFL for helping other teams win)

Dallas Cowboys owner Jerry Jones stressed on his radio show Wednesday that missing the playoffs a third straight season has created angst within the franchise and will force him to make some moves.

“I can tell you change is necessary at 8-8,” Jones said. “Change is in order when you spend (the last) two seasons in a row (going) down to the last two games and lose them. So we're going to have to have changes.”

The NFC East title was at stake Sunday night, but the Cowboys fell 28-18 at Washington after Tony Romo threw three interceptions and the defense allowed rookie Alfred Morris to rush for 200 yards and three touchdowns.