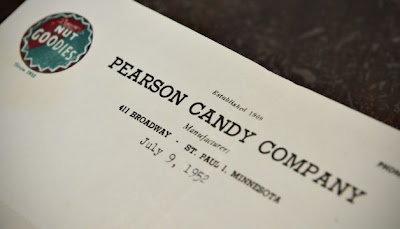 That was a long wait.

I was about 14 months old when the return letter was sent.

Seventy-four-year-old Dave Bell of St. Cloud received a package of candy last week after sending an email reminding Pearson's Candy Co. in St. Paul of the complaint he made as a teenager.

In 1952, Bell was 14 when he bit into a nut roll and discovered a twig. He tells the St. Cloud Times (http://on.sctimes.com/YpAANQ ) he sent a letter to Pearson's "to obviously get some candy."