Crazy as a loon? 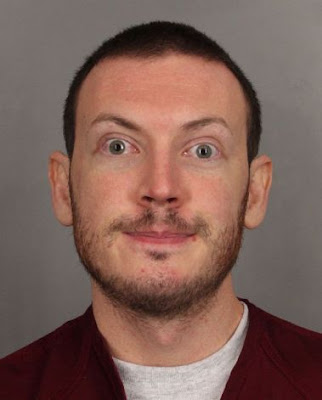 He sure looks it but perhaps he isn't?

CENTENNIAL, Colo. (AP) — Nearly six months after a bloody rampage in a Colorado movie theater left 12 people dead, prosecutors will go to court Monday to outline their case against the suspect, James Holmes.

Holmes is charged with more than 160 counts, including murder and attempted murder.

Investigators say he was wearing body armor and a gas mask when he tossed two gas canisters and then opened fire in a theater in the Denver suburb of Aurora on July 20. A midnight showing of the Batman movie "The Dark Knight Rises" had just begun.