Turning back the hands of time 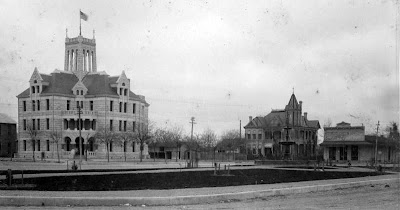 Please attend if you can.


Courthouse rededication will be open to the public

The ceremonies had been previously announced as by-invitation-only because of the capacity limits of some 200 in the courthouse’s District Courtroom, where the ceremonies were to be held.

But Krause said the large numbers expressing interest in attending and the expected pleasant weather allowed officials to open the ceremonies to the public. The festivities have been moved to the front steps of the courthouse facing Main Plaza.