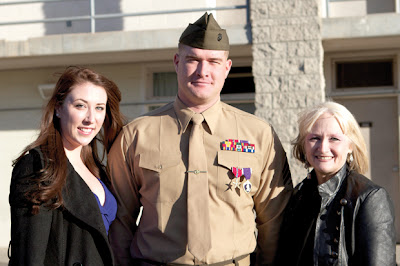 Thank you for your service.

Thank you as well for your three brothers who are also currently serving in the military.

Sergeant Thaddeus Herber, an infantryman, was given the Bronze Star by Maj. Gen. Ronald Bailey, the commanding general of 1st Marine Division, for his actions in Helmand province, Afghanistan in 2011.

The Bronze Star is the fourth-highest combat decoration in the United States military. It is awarded with a combat distinguishing device for acts of valor in a combat zone.