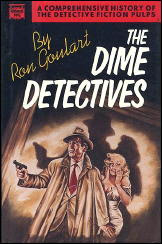 Can be a tough business.

A man accused of attempted murder in an East Side shooting Thursday was arrested Thursday night.

Police weren't releasing the name of the 23-year-old suspect, saying he hadn't been formally charged.

Officer Matthew Porter, spokesman for the San Antonio Police Department, said the victim, a 24-year-old man whom police were not identifying, went to the suspect's home in the 1400 block of Hicks Avenue to try to collect a debt.