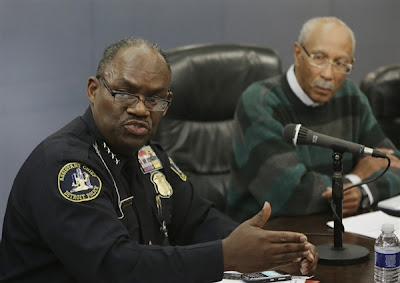 Still 1st in some things like murder rate per capita!!

By Andrew Mach, NBC News
The homicide rate in the city of Detroit continued a grim upward trend in 2012, hitting its highest peak in nearly two decades, officials said Thursday.

A dwindling population -- 706,585 people in 2011, according to the U.S. Census estimate -- and the rise in homicides combined to make Detroit’s murder rate among the highest in the nation, Detroit Mayor Dave Bing and Police Chief Chester Logan announced at a press conference.

“We’ve just lost respect for each other; we’ve lost respect for life,” Bing said. “I don’t want to say that you can forget about this generation or the generation before us, but if we’re going to solve the problem, we’ve got to get into the heads and the minds and the hearts of our young people, and it’s going to take all of us to do that.”