Crazy as a loon 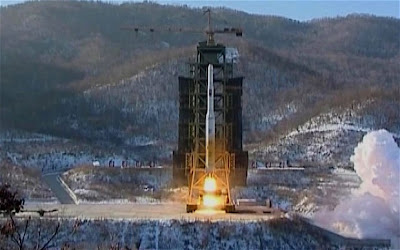 Are they fricking crazy?

North Korea to carry out third nuclear test 'aimed at US'

North Korea has announced plans to carry out a third nuclear test as part of "upcoming all-out action" against America.

Defying a resolution issued by the United Nations Security Council on Tuesday that condemned Pyongyang for test-firing a missile in December and tightened existing sanctions on the regime, North Korea's National Defence Commission said the new nuclear test would be part of its action against the "sworn enemy of the Korean people".

North Korea also vowed to push ahead with launches of more long-range rockets.

Describing the UN Security Council as "a marionette of the US," North Korean state media claimed the resolutions are "products of its blind pursuance of the hostile policy of the US.